At a whopping three days old, I was at the Union Hill drag strip in Nashville as my dad and uncle raced their 1968 Nova and 1969 Camaro.  It’s hard to express the emotion I have toward those cars.  I know, I shouldn’t get that attached to inanimate objects. I know, it’s weird that I can just see a royal blue ’69 Camaro and my eyes get misty.  I know, my attraction to the sound of a revving and unmuffled 454 Chevy big block borders on being an unhealthy obsession.   I was heartbroken as a twelve year old testosterone-driven boy when my family sold both cars. I cried when both the beloved Camaro and Nova were loaded on trailers and hauled away.

My seventh grade maturity certainly didn’t understand what a sacrifice my dad was making for me, and for a time, I resented him for it.  My dad and I had spent each warm Friday night at the Clarksville Speedway, each Saturday at the Music City Raceway, and each Sunday morning at the Crossville Dragway.  Those weekends had rapidly dwindled as I turned 10 years old and became interested in baseball, tennis, and basketball.  Saturdays throughout the years changed from watching dad burn rubber to him watching me pitch on the diamond.  No longer were Fridays spent tuning up the engine in the garage.  Now we were spending money tuning up my hitting technique in the batting cages.  When dad made that huge sacrifice of selling the cars that had been such a big part of his life, I was understandably grief-stricken at losing the cars I had hoped to drive myself.  Little did I know that dad sold the cars to pay for my hotel rooms at all-star tournaments, my pitching lessons with famed coaches, and my desire for higher caliber baseball bats.  Sacrifice was a word I understood so little about.

Fast-forward to 2016.  The Wiles family was nestled into a small community in southern Indiana.  They still said “yall” and served good sweet tea, so we felt right at home.  I was finding great success serving as minister for a congregation in need and as a leader of several community organizations.  Our family was deeply involved in the local homeschool group,  enjoyed a vibrant social circle, and had just bought our first house. We were enjoying God-given success in many areas when we encountered that dreaded word:  sacrifice. 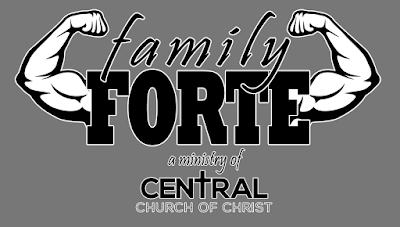 Merriam-Webster’s definition of sacrifice reads this way: “the destruction or surrender of something for the sake of something else.”  My wife, kids, and I felt the pain of uprooting the life we had built when we moved back to Tennessee.  Gabriel and Ethan took it especially hard as they traded their comfortable home with so many friends, neighbors, and church family for living in an cramped RV in unfamiliar Bear Cove.  The move would prove to be tougher than we knew, but it was all worth the sacrifice.

What would make us uproot and move our family to unfamiliar territory?  It was sacrifice.  The man that sacrificed his dragsters for his son’s baseball was now in need of my sacrifice.  My mother had just died, and my dad had suffered a stroke.  The neurologist said those dreaded words: “He’ll likely never recover from this one to regain full functionality in life.”  My dad was in need of someone to help take care of him and keep him living independently in his own home.  Thus my family chose to “surrender” our success for the sake of my father’s livelihood.

Yes, it was hard.  Yes, we were uncomfortable for a while.  Yes, my pride was blown as I went from being the well-known, well-loved, leading minister of one town to being the untrusted new-guy in White County.  Yet we don’t regret that decision one bit.  My dad thanks me every time we have lunch together, whenever I’m repairing plumbing leaks, or when we stand outside to chat at the top of the handicap ramp we built on his house.

Sacrifice.  It’s a tough word, but it is essential that all members of a family become acquainted with it.  In moments of sacrifice that we see the truest expressions of love.  Whether it is sacrificing a dream car for your child’s hobby or sacrificing your dream lifestyle for your aging parents’ livelihood, your sacrificial acts build a relationship bond with others that are hard for any of life’s trials to break.

What do you need to sacrifice?  Could it be that you need to give up some time at the office to coach your kid’s sports team?  Do you need to let go of a hobby for a time so that you and your wife can have date nights again?  Are you willing to spend time in rehab to break an addiction that is tearing your family apart?  Do you need to choose between your dream home and caring for your elderly parents who sacrificed so much for you?  If so, I encourage you to sacrifice for the sake of someone else.  Sacrifice for love.  You’ll be glad you did.

“This is my commandment, that you love one another as I have loved you.  Greater love has no one than this, that someone lay down his life for his friends.” – John 15:12-13 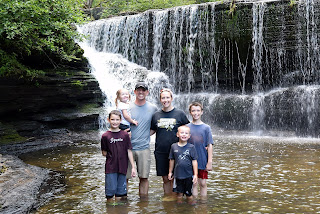 Epilogue: By God’s grace my dad has surpassed the neurologist’s predictions and over time has returned back to a normal lifestyle in his home.   Our family is developing friendships through local sports teams, the homeschool co-op, and the YMCA. God has gifted me as I now find myself surrounded by good people and supporters through various servant-leadership opportunities in White County.  Best of all, God has loved my family so dearly that we now feel right at home with the wonderful saints who worship with Central Church of Christ here in beautiful Sparta, TN.


The word “forte” comes from the latin word “fortis” meaning strength.  Our weekly Family Forte article in The Expositor is the effort of family at CentralChurch of Christ to give your family the love, care, and attention it needs to become a stronger version of itself.  If we can help you in any way, please contact us at Central Church of Christ through email, topherwiles@spartacoc.com, or through our website, www.spartacoc.com.