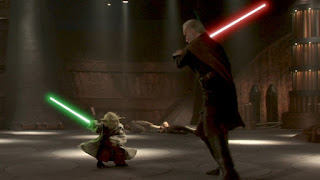 Yes. It was extremely entertaining.
Yes. It was wonderfully nostalgic.
Yes. I was hooked on the story line and I'm hungry for more.
Yes. It was vulgar and violent for children.

The people I'm writing this to are those parents who are taking their young children to the Star Wars movie KNOWING THAT IT IS RATED PG-13.

So maybe you're ok with paying money to hear those 4+ cuss words that my wife and I cringed at. Maybe you're ok with the opening sequence being filled with graphically and gratuitously violent deaths of innocent victims (seriously, that doesn't even count as a spoiler that's the standard opening for action movies).  Maybe you're ok with heroes having family dynamics and conflict resolution skills that are worse than Family Guy, Beavis & Butthead, and the Simpsons combined. Maybe you have a 15 year old who loves light sabers but you don't want your 5 year old to miss out on a Chewbacca moment. 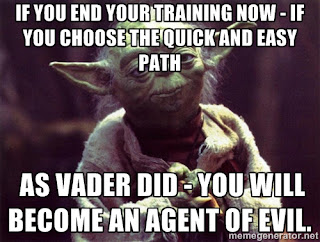 BUT THIS MOVIE IS NOT PERFECT NOR IS INTENDED FOR CHILDREN.

I know it's easy now to say "yes" to everything your child wants, but follow the wisdom of Yoda and continue in your training and education as a parent.


Do you know what the PG-13 rating means?
Here it is from movies.about.com, and I quote, "PG-13 rated movies stand for Parental Guidance-13, with parents strongly cautioned, as some material may not be suitable for children under 13. "

Why is it not suitable for young children? It's because of scientifically quantifiable FACTS like this quote from a CNN (not known for conservative views) article, "Kids under seven have a difficult time distinguishing between fantasy and reality" in regards to violence.

What does introducing frequent movies with violence do to your kids?  Here's what www.pedsforparents.com says:
"Research has identified three ways media violence affects children:
What that means is that your children might not be able to differentiate between Anakin beheading Count Dooku (Episode III) with a light saber and ISIS beheading their "enemies" in CNN videos.

Your child might exhibit the same fear at massive amounts of storm trooper laser gun blaster fights as they would a gunfight video out of Chicago on Youtube.  Yet it might mean that your child is being desensitized and doesn't feel any fear, guilt, or sadness at the real events happening in life because they've been glorified in movies since they were young. 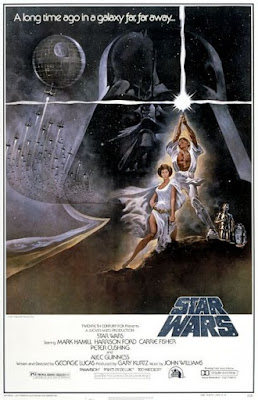 My 7pm theater experience on Thursday night the 18th was filled dads taking young daughters on dates, crying 2 year olds, and a whole host of kids around the kindergarten age. Many of those parents who brought kids are my friends and they were probably like me, buying tickets while reminiscing about the 1977 version of Star Wars that we loved as children.  Guess what, the 1977 movie was only rated "PG", and it was a 1977 version of "PG", which means that it was milder than "PG" rated movies today.

This movie is rated PG-13 because it is not intended for your young children.

So today's Star Wars: The Force Awakens, is wonderfully entertaining, with nostalgia, plot twists, and non-stop action sequences that keep any adults eyes glued to the screen.  But it is a long time ago and a far, far away cry from the Star Wars of your youth.  Please think twice before immersing your children into this newest cultural obsession.

If you want to learn more about the content of movies like Star Wars, check out IMBD's Parent's Guide.  It's not the most accurate, but it is a decent tool to educate yourself about a movie's content.


P.S. - I understand that you may disagree.  I understand that you may raise your children different than me.  I understand you may be mad at me because you "LOVE" Star Wars and it sounds like I am dissing your favorite fantasy film franchise.  If you're mad at this point, please, go sip an Alderaanian Smoothie (yes, it does exist in Wookipeedia), then feel free to add to the conversation with intelligent dialogue by emailing me at christopher@washingtoncoc.org.  Remember "Fear is the path to the dark side. Fear leads to anger. Anger leads to hate. Hate leads to suffering.” - Yoda 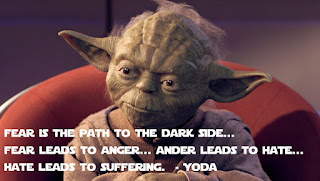 Some Bible verses we all probably need to take a meditative look at:
"Train up a child in the way he should go; even when he is old he will not depart from it." - Proverbs 22:6

"The LORD tests the righteous and the wicked, And the one who loves violence His soul hates." - Psalm 11:5

at 7:32 PM
Email ThisBlogThis!Share to TwitterShare to FacebookShare to Pinterest