How to Win
by: Christopher Wiles

Joe Bertone of Arvada Church of Christ found this little bit of history that I share here.

“In 1930 in a small Oklahoma town, the highschool football team was losing every game badly. Finally, a wealthy oil producer decided to take matters in his own hands. He asked to speak to the team in the locker room after yet another devastating defeat.  This business man proceeded to offer a brand new Ford to every boy on the team and to each coach if they would simply defeat their bitter rivals in the next game.

The team went crazy with sheer delight. For seven days, the boys ate, drank and breathed football. At night they dreamed about touchdowns and rumbleseats. The entire school caught the spirit of ecstasy, and a holiday fever pervaded the campus. Each player could visualize himself behind the wheel of a gorgeous coup with the attention of the girls in school focused solely on them.

Finally, the big night arrived and the team assembled in the locker room. Excitement was at an unprecedented high. The coach made several inane comments and the boys hurried out to face the enemy. They assembled on the sidelines, put their hands together and shouted a simultaneous "Rah!" Then they ran onto the field and were demolished, 38 to zero.”
The team's exuberance did not translate into a single point on the scoreboard. Seven days of hooray and whoop-de-do simply couldn't compensate for the players' lack of discipline, conditioning, practice, study, coaching, drill, experience, and character.

In American spiritually, many often believe that one hour of church on Sunday filled with a message from a cracker-jack speaker and worship led by the best-of-the-best would change their lives from daily losing to winning.  It’s a harsh reality when they learn no amount of paid professionals & emotional hype compensates for daily discipline, conditioning, practice, study, character, and coaching.  Focus on Him every day and you will succeed!

4 “Hear, O Israel: The Lord our God, the Lord is one. 5 Love the Lord your God with all your heart and with all your soul and with all your strength. 6 These commandments that I give you today are to be on your hearts. 7 Impress them on your children. Talk about them when you sit at home and when you walk along the road, when you lie down and when you get up. 8 Tie them as symbols on your hands and bind them on your foreheads. 9 Write them on the door frames of your houses and on your gates.” – Deuteronomy 6:4-9
at 11:27 AM No comments:
Email ThisBlogThis!Share to TwitterShare to FacebookShare to Pinterest

Identity from the Ancients

Identity from the Ancients
By: Christopher Wiles
In our earliest surviving (2nd century) written account (outside of scripture) of a Christian explaining faith to a person who doesn’t believe, we find a deep belief being shared by Mathetes to Diognetus.  I share Mathetes’ words with you here as together we assess what we are doing with our Christian lives.  Do our lives fit with the description Mathetes gives?
"... Christians are not distinguished from the rest of humanity by country, language, or custom. For nowhere do they live in cities of their own, nor do they speak some unusual dialect, nor do they practice an eccentric way of life. This teaching of theirs has not been discovered by the thought and reflection of ingenious people, nor do they promote any human doctrine, as some do.

"But while they live in both Greek and barbarian cities, as each one's lot was cast, and follow the local customs in dress and food and other aspects of life, at the same time they demonstrate the remarkable and admittedly unusual character of their own citizenship. They live in their own countries, but only as nonresidents; they participate in everything as citizens, and endure everything as foreigners. Every foreign country is their fatherland, and every fatherland is foreign. They marry like everyone else, and have children, but they do not expose their offspring. They share their food but not their wives. They are in the flesh, but they do not live according to the flesh. They live on earth, but their citizenship is in heaven.

While this writing may not be directly inspired to be in our canon, I find it to be a beautifully accurate description of who we are to be.  Let us consider our identity in Christ as we strive to live out the direction from Paul in Colossians 3:1-3.

“Since, then, you have been raised with Christ, set your hearts on things above, where Christ is, seated at the right hand of God. Set your minds on things above, not on earthly things. For you died, and your life is now hidden with Christ in God.”
at 11:36 AM No comments:
Email ThisBlogThis!Share to TwitterShare to FacebookShare to Pinterest

We enjoyed the sweet Acapella spirituals that Vicki Bubalo and her talented vocalists brought to our community.  I'll be storing on this blogpost links to photos and videos that I recorded from the Daviess County Courthouse Singers performance of September 13th, 2016.  Feel free to share this link with others as I continue to add the full compliment of photos and videos.

3) Little David, Play On Your Harp

5) Wade in the Water by Sally Albrecht

The Wiles family is going camping today.  I'll upload the other 3 songs next week when we return.  Enjoy!
at 12:41 PM No comments:
Email ThisBlogThis!Share to TwitterShare to FacebookShare to Pinterest

Living Lessons: Time for an Upgrade?

Living Lessons: Time for an Upgrade?
By: Christopher Wiles

Apple has released it’s highly anticipated upgrades, updates, and iPhone7 preview this week.  All those Apple junkies are either geeking out or cracking jokes at the new wireless ear bud requirements.  Every year in September Apple releases their newest information and upgrades and the masses have come to make it a worldwide spectacle.  Twitter feeds are a buzz, Snapchatters are snapping, and Instagram followers are salivating as they post their newest upgrade delights.  Upgrading our computers, cellphones, and sundry tech devices has become a way of life for most of us.  Yet there are still a few holdouts that don’t desire learn anything new, do anything different, or take advantage of any extra tools that come with upgrades.  Yes, that’s right, there are still those out there that still run the Window’s XP operating system, have never touched a touchscreen, and have never used a GPS navigation. 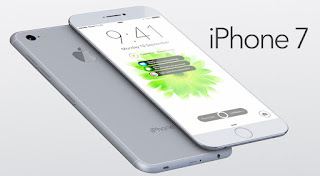 While sticking with what you’ve got isn’t bad if it’s a decision based on good motives like frugality, time management, or necessity, sometimes we don’t upgrade just because we’re lazy and fearful of change.

Let’s redirect this conversation to you and your Spiritual life.  Have you been content to just settle with the same old operating system of going to Sunday service and praying only whenever you really want something?   I believe God is calling you to upgrade.

We have classes on Sunday and Wednesdays that will challenge your thinking and sharpen your Bible skills.  There are service projects galore that will help others and get you out of your comfort zone.  God has blessed us with Bible reading plans that will push you in areas of discipline that may be lacking.  We have a women’s prayer group that may be what you are sorely needing.  Youth rallies and camp weeks may be the upgrade you never knew you needed.  There may even be a new ministry, Bible study, prayer group, fasting opportunity, mentor relationship, or accountability partnership that God is calling you to start.

Is God calling you to an upgrade?  If so, what is holding you back?

“And so, from the day we heard, we have not ceased to pray for you, asking that you may be filled with the knowledge of his will in all spiritual wisdom and understanding, so as to walk in a manner worthy of the Lord, fully pleasing to him, bearing fruit in every good work and increasing in the knowledge of God.” – Colossians 1:9-10
at 12:07 PM No comments:
Email ThisBlogThis!Share to TwitterShare to FacebookShare to Pinterest
Newer Posts Older Posts Home
Subscribe to: Posts (Atom)