Good morning, this is Topher from Washington Church of Christ bringing you your message minute.

Do you ever feel like some standards are just impossible to meet?  I remember scoring a 92 on my 6th grade report card, which was the only B I had for that grading period.  What was my mom's response to 5 A's and a B+?  "You can do better."  While I thought it was too tough a standard at the time, my mom knew better, and pretty soon I was a regular straight A student.

Sometimes I look at God's standards and think "Are you serious?  I can't do that!"  Take for instance the command in 1Thessalonians 5:16, to "give thanks in all circumstances; for this is the will of God in Christ Jesus for you."  Just as soon as I start thinking that God's standard is just too hard, I remember mom's belief that "I can do better."  I remember God's statement in Philippians4:13 "I can do all through Him who gives me strength."  I remember and then I try hard to meet the standards set before me that will, not only honor God, but bless my life as well.

This morning, if you want to try harder to give thanks in all circumstances, consider starting by praying the ancient Jewish Prayer called "ModehAni" before your feet ever hit the floor.  It says, "I offer thanks before you, living and eternal King, for You have mercifully restored my soul within me; Your faithfulness is great."

Try hard to reach for new levels of thankfulness in your life.  You'll be glad you did.
Message Minutes are sponsored by  Washington Church of Christ and recorded for public 107.9 The Memories WAMW morning radio program.  They air at approximately 7:35am on Weekday Mornings.

To find more of the Message Minutes that have been uploaded to this blog CLICK HERE.
at 7:27 AM No comments:
Email ThisBlogThis!Share to TwitterShare to FacebookShare to Pinterest

Be an Example: Message Minute

Good morning! This is Topher from Washington Church of Christ, bringing you a message minute.

I've learned that it doesn't matter whether you are 8 or 80 years old, someone is always watching you, following your example or steering clear of you. Men especially, listen to what one man in the Bible tells another man in the book of Timothy. "Set the believers an example in speech, in conduct, in love, in faith, in purity. " (1 Timothy 4:12)

That's a tall order men, but a worthy challenge. Speech, conduct, love, faith, purity. This week, try to set an example for all the young eyes around you to follow. You'll be glad you did.

Message Minutes are sponsored by  Washington Church of Christ and recorded for public 107.9 The Memories WAMW morning radio program.  They air at approximately 7:35am on Weekday Mornings.

To find more of the Message Minutes that have been uploaded to this blog CLICK HERE.
at 7:28 AM No comments:
Email ThisBlogThis!Share to TwitterShare to FacebookShare to Pinterest

To Get Your Attention

Living Lesson: To Get Your Attention
by: Christopher Wiles

It doesn’t matter who you are, someone is trying to get your attention.  Whether it’s a hand raised in class, a campaign advertisement by a presidential nominee, a call light from a patient in the hospital, or a redneck buddy saying those famous last words, “Watch this!”, there seems no end to the line of people you could give your attention to.

Being a middle child myself, I’ve always tried to be especially sensitive to Ethan’s attention needs.  Since he isn’t the oldest, he often doesn’t get the attention that the “trailblazer” of the family does.  Since he’s no  longer the youngest, he often doesn’t benefit from the notice that the “baby” of the family does.  I’ve worked hard to ensure that he doesn’t have to compete with the others to receive adequate personal amounts of my attention.  By actively and purposefully choosing to give him the same amount of attention as his brothers, Ethan’s esteem is high, and our whole family benefits from the balance.

There is another being who desires the same (if not more) active and purposeful effort of our attention.  His hand has been raised, His campaign launched, His call button pressed, His “Watch This!” loud and clearly ringing throughout His Creation!  Notice what God has been doing so that we would all “seek,” “reach,” and “find” Him.

“The God who made the world and everything in it is the Lord of heaven and earth and does not live in temples built by human hands. 25 And he is not served by human hands, as if he needed anything. Rather, he himself gives everyone life and breath and everything else. 26 From one man he made all the nations, that they should inhabit the whole earth; and he marked out their appointed times in history and the boundaries of their lands. 27 God did this so that they would seek him and perhaps reach out for him and find him, though he is not far from any one of us.” – Acts 17:24-27 (NIV)

Have you given God much attention in your life?  Today, make active and purposeful effort to seek, reach, and find Him by observing what He has made.  You’ll be glad you did! 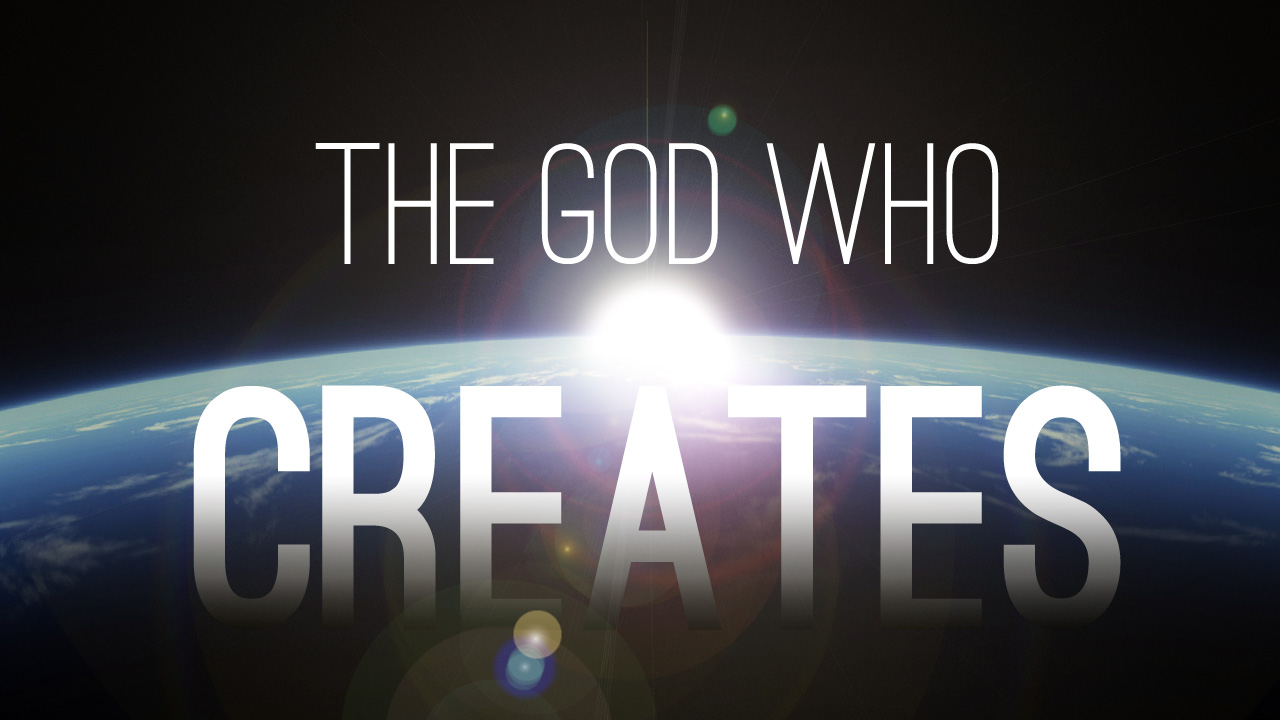 at 7:33 AM No comments:
Email ThisBlogThis!Share to TwitterShare to FacebookShare to Pinterest


Good morning!  This Topher from Washington Church of Christ, where I am happy to be recording now.

You're struggling to stay awake.  It's been 14 miles since the last lonely exit.  That quiet stretch of I-69 has taken its toll and you're fighting to keep your wheels between the blurring white and yellow lines. Suddenly your heart leaps with joy at the sign that says "Next Exit, 1 Mile, Washington Indiana.”

There's something special about arriving home from a long road trip.  For Ashley and me, we did enjoy this last road trip seeing family, visiting friends, and sharing our faith, but we were really grateful to finally lay down in our own room at home.

In John 14, Jesus excited the disciples when telling them they were almost home by saying, "In My Father's house are many rooms ... and I am going to prepare a room for you."  (excerpt from 14:2).

Sometimes the journey through this life is hard, fraught with trials and struggles.  But if you read and believe the Good News written of Jesus Christ in the  Bible, you begin to see a joyous sign that tells you, "You're almost home."

Believe in God, follow His Word, and look forward to finally arriving at Home!


Message Minutes are sponsored by  Washington Church of Christ and recorded for the public 107.9 The Memories WAMW morning radio program.  They air at approximately 7:35am on Weekday Mornings.

To find more of the Message Minutes that have been uploaded to this blog CLICK HERE.
at 7:09 AM No comments:
Email ThisBlogThis!Share to TwitterShare to FacebookShare to Pinterest


Good morning, this is Topher of Washington Church of Christ.  This Message Minute is brought to you from the campus of the wonderful Harding University Lectureships in Searcy, Arkansas. 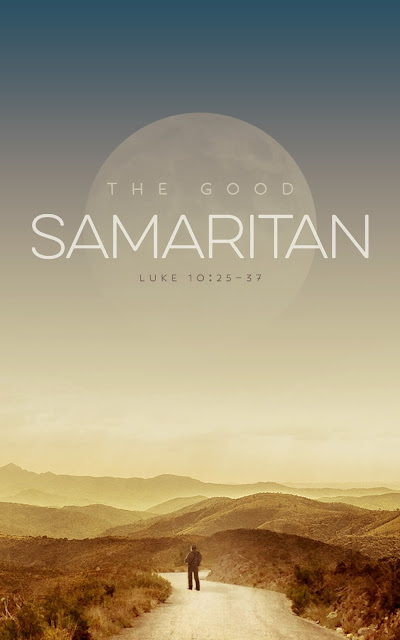 This week we're studying from the parables that Jesus gave the people to illustrate deep truths.  Luke chapter 10 illustrates a story that many of you are already familiar with, the Good Samaritan.

A lawyer asked Jesus a series of questions, one being, "Who is my neighbor?"  In effect he's asking the wrong question because he is wanting to know what the limit is of his religious required kindness.

The masterful Jesus, knowing the shallowness of this man's heart, answers with the story of a man being mugged, beat up, and left for dead on the side of the road.  For various reasons, two religious people pass him by and the one who saves this pitiful man from certain death is a foreigner from a different religious system.

Harding President Bruce McLarty shared that Jesus' deep truth is simply this. "One cannot define one's neighbor, one can only BE a neighbor."

Today, follow the deep truth of our Lord and Savior and find someone in need to BE a neighbor to.  You'll be glad you did.


Message Minutes are sponsored by  Washington Church of Christ and recorded for public 107.9 The Memories WAMW morning radio program.  They air at approximately 7:35am on Weekday Mornings.

To find more of the Message Minutes that have been uploaded to this blog CLICK HERE.

at 7:02 AM No comments:
Email ThisBlogThis!Share to TwitterShare to FacebookShare to Pinterest
Newer Posts Older Posts Home
Subscribe to: Posts (Atom)