Does David put down people with disabilities?
That's where our Wednesday night class had some questions last week when studying 2 Samuel 5.

Read it for yourself here:  6 Now the king and his men went to Jerusalem against the Jebusites, the inhabitants of the land, and they said to David, “You shall not come in here, but the blind and lame will turn you away”; thinking, “David cannot enter here.” 7 Nevertheless, David captured the stronghold of Zion, that is the city of David. 8 David said on that day, “Whoever would strike the Jebusites, let him reach the lame and the blind, who are hated by David’s soul, through the water tunnel.” Therefore they say, “The blind or the lame shall not come into the house.” 9 So David lived in the stronghold and called it the city of David. And David built all around from the Millo and inward.10 David became greater and greater, for the Lord God of hosts was with him." - 2 Sam 5:6-10 Now some in the class suggested that the Jebusites were taunting King David because Jerusalem (the called Jebus) was a very fortified city with three strong walls and a valley for protection.   They believed the sentiment was "Our city is so strong, that even the blind and lame people could defend it against you!"

That may well be the case and was my knee jerk reaction years ago before I heard a professor pose the question, "Why does David HATE the blind and lame?"

That question has been a hang-up for many about the "man after God's own heart." (1 Sam 13:14)  Some easily dismiss it as "David just hates the Jebusites in general because they are his enemies."  That may be valid. The tribe of Benjamin (Saul's tribe) was supposed to run the Jebusites out of town long ago, but failed to.  (Judges 1:21)  As you can see, Benjamin and Judah share a border, with Jerusalem right there at Judah's border.  I'm sure David being from Judah was well aware that Saul and his tribe of Benjamites had failed causing David of Judah to have extra angst with the Jebusites.

BUT I THINK DIFFERENT

I differ from the popular thought of sarcasm and competitive jabs. This isn't a church league softball game where cousins on opposing teams lob verbal volleys before sparring on the field.  I really don't think blind and lame people are hated by David's soul, even if they were from another group of people.  I also don't think the Jebusites, nor David were talking about people at all in 2 Samuel 5:8.  Why not?  Here's my top reasons. 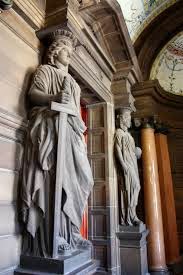 "every abominable act which the LORD hates they have done for their gods." - Deut 12:31

David is a man after God's own heart isn't he?  I think he would hate these things too.

Summing it all up, I believe the Lord and David hated forms of idolatry.  David wasn't a hater of people with disabilities, but rather did hate honoring of inanimate objects.

This hatred brings me to another question. What would the LORD or David hate in my home? Is there any inanimate object I elevate to a place of honor? May I always keep awards, statues, plaques, trinkets, heirlooms, and religious emblems as only humble reminders of the LORD's goodness and exalt Him alone. 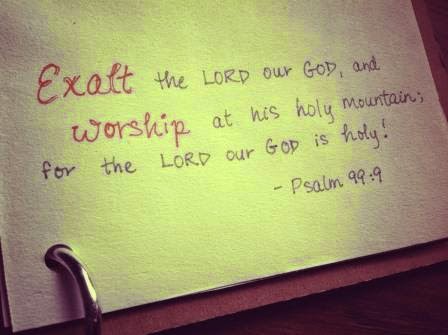 at 5:15 PM
Email ThisBlogThis!Share to TwitterShare to FacebookShare to Pinterest