Good Friday: Christ and the Cross

Good Friday is the most difficult day of Passion Week. Christ's journey turned treacherous and acutely painful in these final hours leading to his death. 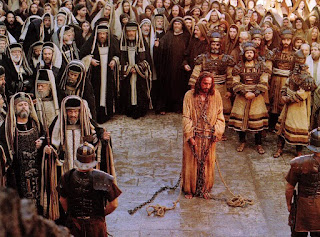 According to Scripture, Judas Iscariot, the disciple who had betrayed Jesus, was overcome with remorse and hanged himself early Friday morning. (Matt 27:3-10)
Meanwhile, before the third hour (9 a.m.), Jesus endured the shame of false accusations, condemnation, mockery, beatings, and abandonment.   After multiple unlawful trials, (Luke 23)  He was sentenced to death by crucifixion, one of the most horrible and disgraceful methods of capital punishment.
Before Christ was led away, soldiers spit on him, tormented and mocked him, and pierced him with a crown of thorns. (Matt 27:27-31)  Then Jesus carried his own cross to Calvary where, again, he was mocked and insulted as Roman soldiers nailed him to the wooden cross. (John 19:16-18)
Jesus spoke seven final statements from the cross. His first words were, "Father, forgive them, for they do not know what they are doing." (Luke 23:34, NIV). His last were, "Father, into your hands I commit my spirit." (Luke 23:46, NIV)
Then, about the ninth hour (3 p.m.), Jesus breathed his last and died.
By 6 p.m. Friday evening, Nicodemus and Joseph of Arimathea, took Jesus' body down from the cross and lay it in a tomb.
reposted with edits from:
https://www.thoughtco.com/holy-week-timeline-700618


Note: Many of the actual times of these events are not recorded in Scripture.
The following timeline represents an approximate sequence of events.
6 a.m.
7 a.m.
8 a.m.

Matthew 27:39-40 - And the people passing by shouted abuse, shaking their heads in mockery. "So! You can destroy the Temple and build it again in three days, can you? Well then, if you are the Son of God, save yourself and come down from the cross!"(NLT)
Mark 15:31 - The leading priests and teachers of religious law also mocked Jesus. "He saved others," they scoffed, "but he can't save himself!" (NLT)
Luke 23:36-37 - The soldiers mocked him, too, by offering him a drink of sour wine. They called out to him, "If you are the King of the Jews, save yourself!" (NLT)
Luke 23:39 - One of the criminals who hung there hurled insults at him: "Aren't you the Christ? Save yourself and us!" (NIV)

Luke 23:40-43 - But the other criminal rebuked him. "Don't you fear God," he said, "since you are under the same sentence? We are punished justly, for we are getting what our deeds deserve. But this man has done nothing wrong."
Then he said, "Jesus, remember me when you come into your kingdom."
Jesus answered him, "I tell you the truth, today you will be with me in paradise." (NIV)

John 19:26-27 - When Jesus saw his mother standing there beside the disciple he loved, he said to her, "Woman, he is your son." And he said to this disciple, "She is your mother." And from then on this disciple took her into his home. (NLT)

Mark 15:33 - At the sixth hour darkness came over the whole land until the ninth hour.(NLT)

John 19:28-29 - Jesus knew that everything was now finished, and to fulfill the Scriptures he said, "I am thirsty."A jar of sour wine was sitting there, so they soaked a sponge in it, put it on a hyssop branch, and held it up to his lips. (NLT)

Matthew 27:51-52 - At that moment the curtain of the temple was torn in two from top to bottom. The earth shook and the rocks split. The tombs broke open and the bodies of many holy people who had died were raised to life. (NIV)