We've ordered a couple new books into our library at church after a few parents asked for resources on Dinosaurs. 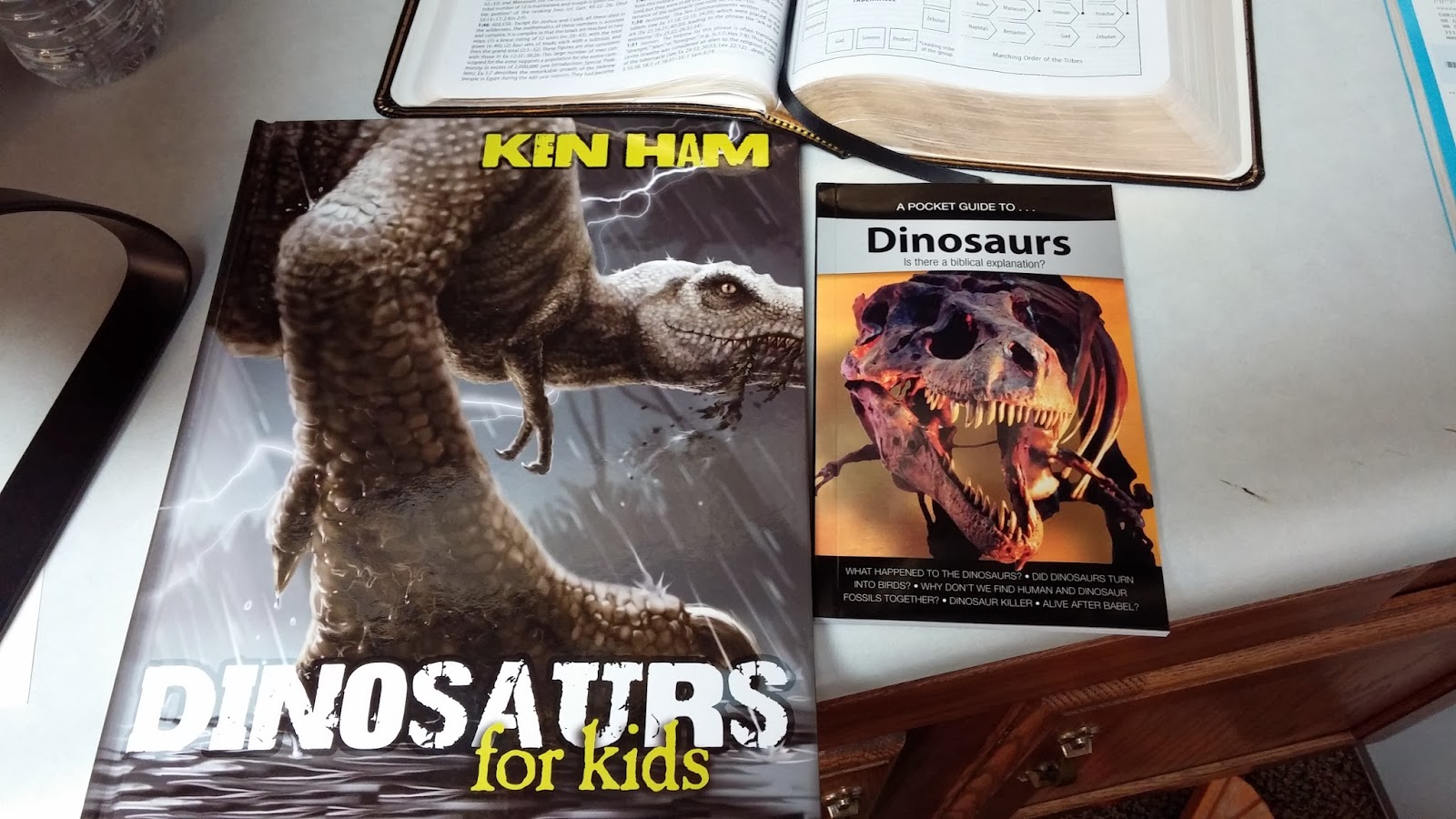 First I'll give a small critique of Ken Ham's "Dinosaurs For Kids."  Mr. Ham is the founder and president of Answers in Genesis which operates the Creation Museum in Louisville, KY.

Dinosaurs for Kids is 64 pages long written at about a 5th grade level in my opinion.  Ashley and I have both read it now, and while it may not receive the highest marks in some areas, it does have some great high points.

The Cons:
"18 For Christ also suffered once for sins, the righteous for the unrighteous, that he might bring us to God, being put to death in the flesh but made alive in the spirit, 19 in which he went and proclaimed to the spirits in prison, 20 because they formerly did not obey, when God's patience waited in the days of Noah, while the ark was being prepared, in which a few, that is, eight persons, were brought safely through water. 21 Baptism, which corresponds to this, now saves you, not as a removal of dirt from the body but as an appeal to God for a good conscience, through the resurrection of Jesus Christ, 22 who has gone into heaven and is at the right hand of God, with angels, authorities, and powers having been subjected to him." - 1 Peter 3:18-22

All in all, I recommend parents read the book with your kids.  We'll let Gabriel read it next and give you his critique.

Now to read the one for adults, "A Pocket Guide To Dinosaurs".  Let me know if you guys have any great resources!
at 10:08 AM
Email ThisBlogThis!Share to TwitterShare to FacebookShare to Pinterest